More and more Markdown and Git are appearing outside the developer community.

Markdown is easy to learn by design, but Git is only understandable once the idea behind it has become clear and you have learned your options for the most common use cases. There are now many convenient tools for this purpose, but without knowing the basic principle, it remains hokey.

Therefore the idea was born to create a learning circle that deals with the topic “Git learning”. I would like to create this as a lernOS Circle, a 13-week action with a short weekly meeting to coordinate the learners. The more I researched git tutorials, my own notes and various documentation in the preparation, the more unclear the task became. Everything is already there - you just have to do it??? Yes - but 1. you have to do it and 2. the instructions are often rather nerd-heavy and hard to understand for non-technicians. The best is still Rogder Dudler, who documents the most frequent applications of git in an appealing and clear way.

Through this occupation, the idea of writing a guideline for the use of git evolved. So not only “mechanics”, but also “sense”. What do we use git for? What can be in it for me by acquiring this competence? And that brings us back to the central theme of this website - learning is only possible on an individual basis, and it is maintaining good relationships so that this process can get started. And if this process of learning and cognition produces material for classical teaching - all the better!

With this in mind, I am still looking for co-creators for this learning circle, which should start at the end of September / beginning of October! Feel free to contact me or write something about it in the Selfscrum Community. 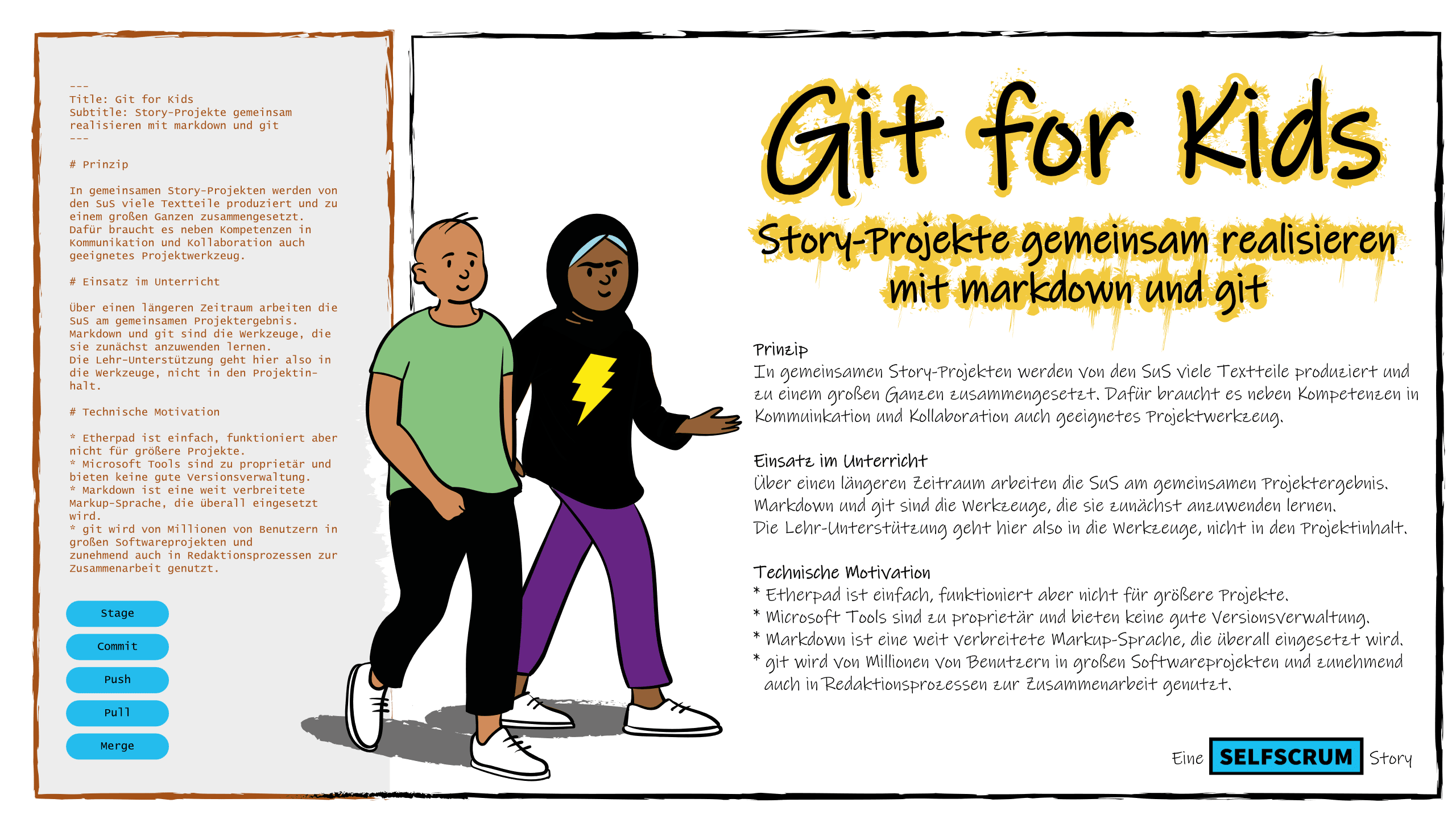